"My name is Barry Allen and I am the fastest man alive. To the outside world, I am an ordinary forensic scientist. But secretly, with the help of my friends at S.T.A.R. Labs, I fight crime and find other meta-humans like me. I hunted down the man who killed my mother, but in doing so, I opened up our world to new threats and I am the only one fast enough to stop them. I am the Flash!"
―Barry Allen[src]

Bartholomew "Barry" Allen is a police scientist from Central City and the good friend of Oliver Queen.

When Barry was eleven years old, he saw a tornado-like blur sweep through his house, in the middle of which he could see a figure. His father went to fight it and soon after Barry went to help. Somehow instead, he was swept twenty blocks away from his house. He soon discovered that his mother had been murdered and that his father arrested for it and incarcerated with a life sentence, despite his witness accounts of the blur. Since he was so far from the crime scene, officials believed he was merely covering for his father. This motivated him to study criminology in the hopes of proving that his father is innocent.

Years later, Barry arrived in Starling City. He wasn't able to initially get a cab as the driver pulled away, and he soon arrived at Queen Consolidated's Applied Sciences Division to investigate a mysterious break-in as a CSI from Central City with a connecting case, where he met Oliver Queen, John Diggle, Quentin Lance and Felicity Smoak (the latter whom he had an instant connection with).

He was set up in the division with Felicity's help, unknown to Barry, because Felicity believed that they should use him as an asset since forensic science is not the expertise of any of their team (namely Felicity, who does most of the information gathering and recon). The two began talking, and Barry began speculating about The Arrow and his background, making incisive observations about why The Arrow wears green instead of black, the type of arrows he has used, and how he theorizes The Arrow has partners, particularly someone who had a background in computer sciences, unnerving Felicity.

He was astounded when Felicity asked him to help with a blood sample from an arrow she received from the police both by her "connections" from working for Oliver and the fact that he was working the same case as The Arrow. During this particular part of their investigation, Felicity invited Barry to a Queen Consolidated function which was actually a party at the Queen Mansion. However before the results came in, his cover as an crime scene investigator working for the police was blown by Oliver just after he and Felicity began arguing over a news report about the mass particle accelerator. It turns out he is just an assistant CSI and there was no connecting case in Central City. Barry explained what happened to him as a child caused him to begin looking into cases with impossible circumstances, in hopes of one day proving one possible. If he can do that, he may be able to solve his mother's murder and free his father. Later on, he was re-invited by Oliver as Felicity's plus one to come to his home where he was throwing a party for his mother where he apologized to Felicity while they danced.

After the party, Barry was contacted by his boss and was told to return to Central City if he hoped to keep his job, and revealed the sedative used is Ketamine, informing Felicity it should be easy to track. He tried to catch the next train back but he just missed the last one of the night. He settled the train station to wait for the next one in the morning when he was hit with a tranquilizer dart to the neck. When he awoke, he found himself in Oliver's base with Diggle watching him and Oliver lying on a table in full Arrow costume. Felicity approached him and asked Barry to save Oliver's life who was not only poisoned with an unknown substance from the A.R.G.U.S. disaster bunker, but also had been beaten by the robber who had stolen the centrifuge from Queen Consolidated, raided the blood bank, and encountered Oliver as The Arrow while stealing large amounts of Ketamine from the bunker.

Barry saved Oliver's life, which Oliver was not to pleased with at first, as they revealed his secret without his permission. However, Barry eventually gained Oliver's trust. He recommended that a mask would be better than the green grease he used on his eyes as better concealment of his identity. Oliver later asked him if there were any side effects to the rat poison he injected in him, and Barry told him that it may cause hallucinations and heavy sweating. He then discovered that Oliver's hallucinations weren't from the serum, and that it was psychological. Barry headed back to Central City that night and watched the news of the S.T.A.R. Labs particle accelerator, but as he watched it, it became unstable. The particle accelerator sent a shock wave through the city, and only seconds later was Barry struck by a red bolt of lightning through a window in the roof. He was sent backwards through the already-charged chemicals and was knocked unconscious. A red flash of light appeared across his cheek and then faded away. 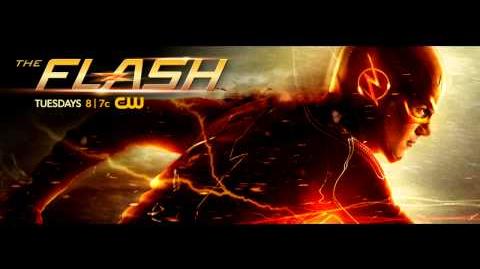 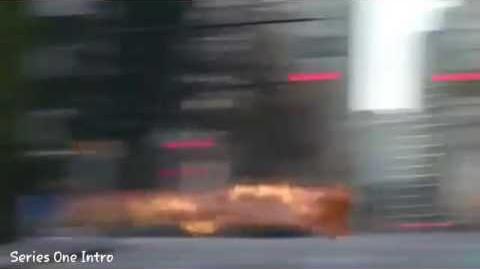 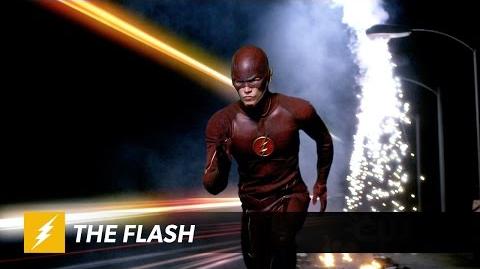 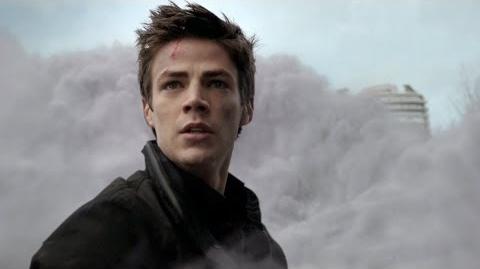 Retrieved from "https://dcmovies.fandom.com/wiki/Bartholomew_Allen_(Arrowverse)?oldid=114534"
Community content is available under CC-BY-SA unless otherwise noted.