Batgirl is an upcoming 2022 movie set in the DC Extended Universe.

In March 2016, Variety reports that Joss Whedon will produce, write and direct a Batgirl for Warner Bros and DC while Jon Berg and Geoff Johns will co-produce with Whedon.[1] In February 2018, The Hollywood Reporter announced that Batgirl will be one of the studio's next adaptations to go into production.[2] On February 22, 2018, The Hollywood Reporter and Deadline reported that Whedon had left the Batgirl project after not being able to crack the story. Warner Bros are now keen on getting a female director for the film, while Roxane Gay has been confirmed to be having discussions about replacing Whedon as screenwriter.[3][4] 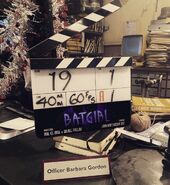 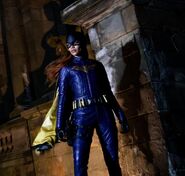