Since his last encounter against Batman, Mr. Freeze has found a home in the Arctic and started a family (of sorts) with the still cryogenically-encased Nora, an Inuit boy named Kunac, and two pet polar bears, Hotchka and Shaka. Nora's condition begins to rapidly deteriorate due to a submarine accidentally emerging from underwater directly underneath them, shattering her containment vessel. Freeze returns to Gotham City with his companions, and enlists the help of Dr. Gregory Belson to find a cure. Belson determines that Nora needs an organ transplant, but due to her rare blood type there are no suitable donors available.

Freeze declares that they will use a live donor, even though it means the donor will die in the process. Belson is at first reluctant to kill an innocent girl, but Freeze bribes him with a gold nugget and even more gold from an entire vein in the Arctic that will put an end to Belson's financial problems. Barbara Gordon (Batgirl) is a perfect match, and Freeze learns from her roommate that she is at a restaurant with her boyfriend, Dick Grayson (Robin). Freeze attacks the restaurant and kidnaps Barbara, taking her to an abandoned oil rig where he and Belson are hiding. Freeze and Belson explain the situation to Barbara, who claims that she is willing to help Nora for the "blood transfusion", but not at the oil rig, prompting Freeze to keep Barbara imprisoned. The time for the operation comes, Barbara realizes that their lying when they say she'll need to be put under for the simple operation and escapes with the help of Kunac. Belson gives pursuit and almost catches her, before the arrival of Batman and Robin.

Freeze follows, and in the ensuing confrontation, Belson accidentally shoots one of the fuel tanks and starts a rapidly-spreading fire as Freeze traps Batman and Robin. Freeze insists that Belson perform the operation, despite the oil rig blazing and ready to explode, but Belson betrays Freeze and attempts to escape alone, only to be killed by falling wreckage. Freeze's leg is broken, but he tells Batman and Robin to save Nora and Kunac first, along with Barbara. Nora, Kunac and Barbara are taken to safety in the Batwing, but Batman fails to save the weakened Freeze in time, as the platform collapses beneath them, hitting him in the shoulder, and sending Freeze plummeting into the ocean below.

Batman manages to get back to the Batwing and get aboard just before the oil rig finally explodes, but Freeze escapes just in time, holding onto the swimming Hotchka and Shaka. Freeze then returns with his polar bears to the Arctic to resume his life alone, having frozen his leg in an ice cast, watching through a window he sees on a television in a research station that Nora has been revived after an organ transplant operation funded by Wayne Enterprises, making him break down in tears of joy. Freeze then walks away into the distance with his polar bears and is never seen again. 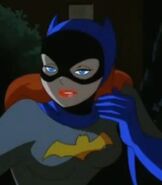 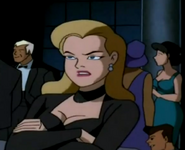