Batman Forever is the 1995 sequel to Batman Returns and the third installment in the Burton/Schumacher Batman film series. Batman is up against Two-Face who is terrorising Gotham City and he gets all the more dangerous when he pairs up with a new menace, The Riddler and partners up with a young sidekick name Robin. A sequel, Batman & Robin, was released in 1997.

Batman Forever was the last film in the series to involve Tim Burton.

The movie opens as Two-Face, the former DA Harvey Dent (Tommy Lee Jones), holds hostages within a bank vault. Batman (Val Kilmer) arrives at the scene and consults with Dr. Chase Meridian (Nicole Kidman). Batman then rescues the hostages but is unable to foil the robbery. While this is going on, Edward Nygma (Jim Carrey), a lowly worker at Wayne Enterprises, is doing unauthorized research at work. He is discovered by a senior worker, who promptly fires him. Nygma murders the man and doctors security tapes to make it look as if the man committed suicide.

A while later, Bruce Wayne invites Chase Meridian to the Charity Circus. Two-Face and his thugs arrive at the event, firing guns and terrorizing the audience. They also bring a bomb that Two-Face will detonate if Batman does not appear at the circus. (Two-Face blames Batman for failing to thwart a criminal who threw acid on Dent's face, disfiguring him.) The Flying Graysons, circus acrobats, work to remove the bomb through an opening at the tent's top. The youngest member, Dick (Chris O'Donnell), manages to push Two-Face's bomb out of the circus tent and into the water surrounding the tent by going ahead of his family. When he returns, Dick finds that Two-Face has killed the rest of his family by shooting up the wires they were climbing on, sending them to their deaths. Feeling sorry for Dick's loss and feeling responsible for Batman's failure to show at the circus, Bruce takes a reluctant and devastated Dick in as a foster son.

Meanwhile, Nygma, inspired and delighted by watching Two-Face's raid at the circus, decides to become his partner, "The Riddler." He shows Two-Face a device that beams signals directly into the human brain, allowing television viewers to feel like they are "inside" TV shows; simultaneously, their brainwaves are absorbed by Nygma. The two villains make a deal: if Two-Face helps him steal enough priceless goods and money to fund his project, the Riddler will use the "Box" to learn Batman's true identity. Their deal sealed, Two-Face and the Riddler start their rampage.

The Riddler blows up the Batcave, and Two-Face kidnaps Robin and Chase. Batman is forced to choose between them, but ends up saving both. The Riddler and Two-Face are then defeated, with the Riddler going crazy and Two-Face dying. The movie ends with Batman and Robin running toward the camera.

The film was shot in parts of California and New York. 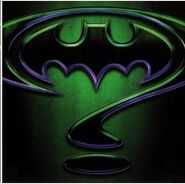 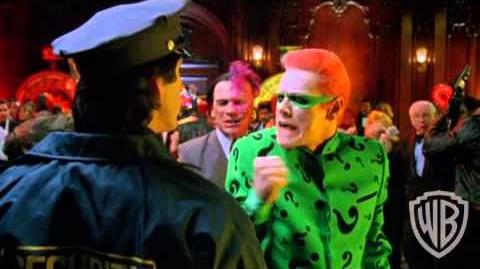 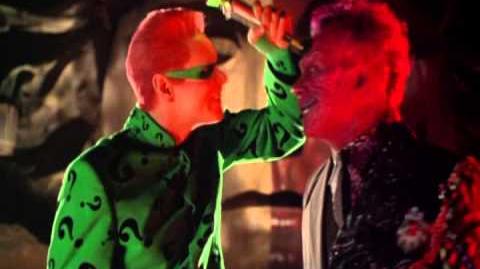