Batman and Harley Quinn is an animated film with a story that takes place in the DC Animated Universe. It was released on August 29, 2017.

Batman and Nightwing discover that Poison Ivy and Floronic Man have teamed up. Much to their reluctance, they decide to look for Harley Quinn (Ivy's best friend and Joker's usual sidekick), to find out where the duo are hiding; however, Harley has gone off the grid since getting paroled. Batman leaves finding Harley to Nightwing, while he gets information from A.R.G.U.S..

At A.R.G.U.S. HQ, Batman learns that Ivy and Woodrue stole the information on Swamp Thing's birth and kidnapped a scientist who could help them replicate the process and turn everyone into plant people.

Nightwing finds Harley working as a waitress at a restaurant. Tailing her, Nightwing angers her since she wants to live a normal life, but her past as a super criminal keeps her from getting hired as a psychiatrist. Eventually the two have an intimate moment with each other with the result being Harley is convinced to help. Batman walks in on the two.

Harley leads them to Slaughter Swamp, in Bludhaven, where Ivy is saddened to see her friend helping Batman. Woodrue fatally wounds the scientist to keep him quiet, as he and Ivy escape; however, the dying man reveals that the duo are heading to Louisiana, where the correct swamp chemicals are.

Contacting A.R.G.U.S., Batman, Nightwing and Harley head after them to convince Ivy to stop. Harley resorts to crying to convince Ivy, who is finally swayed by their friendship. Swamp Thing appears, informing Woodrue that he would threaten the Green with his concoction; however, he will not interfere. Batman and Nightwing wonder how to stop Woodrue, until Harley points out he is a plant and asks if they have a match. Grateful, they both give her a kiss on the cheek and just set Woodrue on fire.

In the post-credits, Harley has gone back to being Dr. Quinzel. However, she now has a reality game show, where she makes her patients face their fears on an elaborate obstacle course. 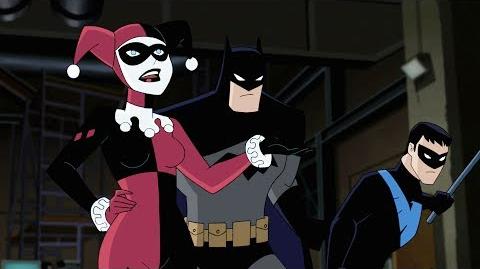 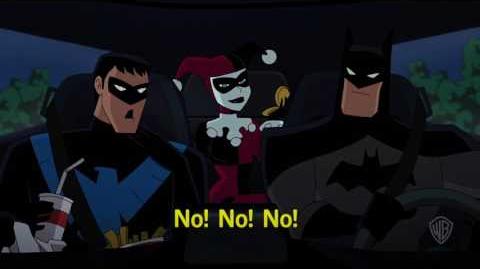