Nightwing and Robin is a 45 second short set during the events of Justice League: Throne of Atlantis.

Damian and Dick are called upon by Batman to find and capture the Scarecrow since he had to help the Justice League. The two tracked Scarecrow down and defeated him in his warehouse. 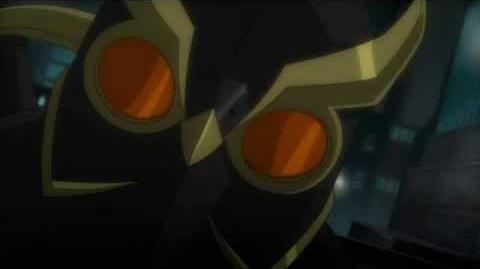 Retrieved from "https://dcmovies.fandom.com/wiki/Nightwing_and_Robin?oldid=112414"
Community content is available under CC-BY-SA unless otherwise noted.