Superman: The Movie is a 1978 film that follows the origin of Superman, his creating of the Fortress of Solitude, and his first confrontation with Lex Luthor. It was followed up with a sequel, Superman II, in 1980.

The film consists of three major segments, each with its own style and tone. The first part deals with the last days of Krypton, the child Kal-El's journey from Krypton to Earth, and his discovery by the Kents. The second part concerns the teenage Clark Kent's life in Smallville and the beginnings of discovering who he is. The third part follows the adult Clark Kent and his emergence as Superman in Metropolis.

The story begins when the planet Krypton is in danger of imminent destruction. Unable to convince Kryptonian elders, scientist Jor-El promises that neither he nor his wife, Lara, will leave the planet. However, he sends his infant son, Kal-El, to Earth to ensure his survival, just as Krypton begins its death-throes. Kal-El's spaceship crash-lands three years later in Smallville, Kansas, where the boy is found and adopted by a childless couple, Jonathan and Martha Kent, who name him Clark after Martha's maiden name.

Clark is no ordinary boy: he is incredibly agile and strong. But at the urging of his parents, he keeps his abilities hidden, frustratingly accepting the ridicule and scorn of his peers as he assumes a mild mannered temperament, fading into the background rather than becoming the star of the football team. But as Jonathan Kent reminds him, Clark was put on Earth "for a reason... (and) it's not to score touchdowns." Soon after, Jonathan has a fatal heart attack and dies, after which a grieving Clark conveys helplessness about having "all [these] powers and I couldn't even save him".

After a few months pass, Clark hears the call of a mysterious green crystal hidden in his parents' barn. He realizes that it is time to discover his purpose, and bids an emotional farewell to his Earth mother. He soon departs on a journey to the Arctic and uses the crystal to build the Fortress of Solitude, a majestic crystal palace in the architectural style of his home planet, Krypton. Inside, Kal-El learns the reason he was transported to Earth and his future role on the planet from holographic recordings of his father. After 12 years of education and training within the Fortress of Solitude, he emerges garbed in a red cape and blue body suit with the El family symbol on the chest and flies off.

Clark returns to civilization, arriving in the city of Metropolis. He's hired as a reporter for The Daily Planet newspaper by its editor-in-chief, Perry White. While there, he meets teenage photographer Jimmy Olsen and the paper's star journalist, Lois Lane. Clark becomes immediately infatuated with Lois, but is unable to properly gain her affection while in the bumbling guise of Clark Kent. It isn't long before Clark's true nature is unveiled when, in his blue suit and red cape, he publicly rescues Lois from a helicopter accident atop the Daily Planet building.

Following a series of incidents in which Clark in his yet-unnamed guise comes to the rescue and saves the day, Perry White issues to all his reporters to find out as much information as possible about this mysterious hero. Lois receives an invitation to meet someone at her place, signed only "a friend." Following a perfunctory interview with the Man of Steel, Lois joins him on a flight over Metropolis, ostensibly to see how fast he can go. After their romantic flight, the costumed hero flies off and Lois says to herself, "What a super man", then pauses, and says "Superman!," thus giving the mysterious man his name.

Meanwhile, super criminal Lex Luthor is intent on committing "the greatest real-estate swindle of all time", with the unwitting aid of the U.S. government and the test launching of two ICBMs. To accomplish this, Luthor hopes to cause a major earthquake in California by using the missiles, one of which he has programmed to hit the San Andreas Fault (the other has been programmed to head east to detonate in Hackensack, New Jersey, providing a diversion for the westbound rocket) the quake will cause most of California to slide into the ocean, killing millions of people while simultaneously making the vast tracts of worthless desert land that he had quietly purchased skyrocket in value when it becomes the new West Coast of the United States.

With Superman's fame rapidly spreading, Luthor perceives him to be a serious problem, luring to his lair with a phony threat to gas the population of Metropolis. Having succeeded in attracting his attention, he traps the superhero with a nodule of Kryptonite - the only thing to which he is vulnerable. However, Superman effects an escape with the help of Luthor's assistant, Eve Teschmacher, who is both attracted to Superman and frightened for the fate of her mother, who happens to live in Hackensack.

Superman keeps his promise and diverts the path of the Hackensack missile first, forcing it into space. In the meantime, the California missile hits the San Andreas Fault, triggering the massive earthquake Luthor had intended. The length of the fault is devastated by the initial quake, but Superman prevents the catastrophic landslide Luthor intended by plunging deep into the earth to shore up the fault line. However, the quake's violent aftershocks still cause massive damage that creates multiple disasters. As he builds a natural dam from rocks and boulders to stop the flooding caused by the breaching of the Hoover Dam, Superman realizes that he has forgotten about Lois. He discovers her car, fallen into a crevasse that opened up behind it and closed again, trapping her inside and crushing her to death.

Overcome with grief and fury, Superman flies into the upper atmosphere of Earth, where he hears Jor El's voice forbidding him to interfere in human history. Disobeying his father, Superman flies around the Earth until he is moving faster than the speed of light, thus travelling back in time. This is visually represented by the Earth appearing to spin backwards.

By reversing time, he prevents the Hoover Dam burst, and fixes the fault line in such a way that the crevasse doesn’t reach Lois’ car. The reversal stops at the point where the earthquake began. He then flies back to Lois, who is alive and well. Superman bids farewell and flies off, with a task to finish. Jimmy Olsen then mentions that it is unfortunate Clark is never here to see Superman, and it is this moment only that Lois suspects that Superman and Clark may be the same person, only to dismiss it as "the silliest idea".

Superman captures Luthor and Otis and delivers them to prison. The prison warden thanks Superman for his efforts, while Superman modestly demurs, insisting that "we're all part of the same team" before flying off.

The film was shot in California, New York, New Mexico, Arizona, England, and parts in Canada. 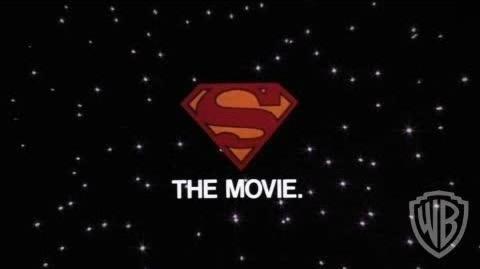 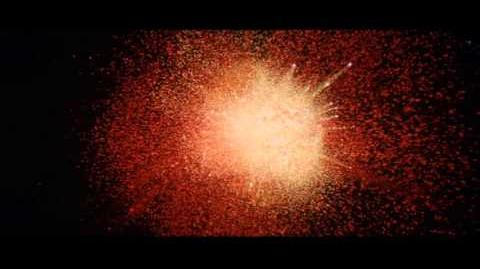