DC Movies Wiki
Register
Don't have an account?
Sign In
Advertisement
in: Superman Films, Superman IV: The Quest for Peace

Superman IV: The Quest for Peace

Superman IV: The Quest For Peace is the fourth installment in the Superman film series after Superman: The Movie, Superman II and Superman III. In it, Superman has decided to rid the world of all nuclear weapons, which gives Lex Luthor the idea to create an enemy that is powered by the sun's nuclear energy, Nuclear Man.

Clark Kent/Superman learns that the United States and the Soviet Union may soon engage in nuclear war, threatening the survival of the planet. Before taking action, he departs to the North Pole to seek advice from the spirits of his Kryptonian ancestors at the Fortness of Solitude.

At a meeting of the United Nations, he tells the assembly that he is going to rid the Earth of all nuclear weapons. Over the next several days, Superman takes all the nuclear weapons, and gathers them into a gigantic net in orbit above the planet. When he has almost all the weapons, he closes the net and tosses it into the sun.

Meanwhile, Lex Luthor's nephew, Lenny, helps break Luthor out of prison. The pair steal a strand of hair that Superman had donated to a museum. Luthor creates a genetic matrix from the strand of hair, and attaches it to the final American nuclear missile. After the missile is fired off into the air, Superman grabs the missile and throws it into the sun. A few moments after the missile explodes on the sun's surface, a ball of energy is discharged from the sun, which rapidly develops into a "Nuclear Man". Nuclear Man finds his way to his "father", Luthor, who establishes that while he is indeed powerful, he will completely deactivate if isolated from the sun's rays or suitably bright artificial light.

A worldwide battle soon follows between Lex's creation and the Man of Steel. While successfully saving the Statue of Liberty, Superman is injured by the radioactive nails of Nuclear Man. The Daily Planet, to Lois' disgust, blares the headline that Superman is dead. Felled by radiation sickness, Clark staggers weakly to the terrace of his apartment, where he retrieves the last remaining crystal from Krypton, which he took from the barn in Smallville at the beginning of the film.

Nuclear Man develops a crush on Lacy Warfield, daughter of the tycoon who has purchased The Daily Planet, and threatens mayhem if he is not introduced to her. Superman agrees to take Nuclear Man to Lacy. In an attempt to disable the villain, Superman lures Nuclear Man into an elevator in the building, traps Nuclear Man in it, and pulls the elevator out of the building and flies to the moon, heaving the elevator onto the ground there. Superman doesn't realize the doors have opened a crack. As the sun rises, Nuclear Man breaks out of his makeshift prison and the two resume battle on the moon's surface. At the end of the battle, Superman is driven into the ground by his nuclear-charged opponent.

Nuclear Man returns to Earth, abducting Lacy and flying her into outer space (where she, strangely enough, is unaffected by the lack of breathable atmosphere and air pressure.) Meanwhile, the Man of Steel pushes the moon out of its normal orbit, casting Earth into a solar eclipse which shuts off Nuclear Man's powers. He then rescues Lacy from the arms of Nuclear Man, of whom he disposes by returning him to Earth and sealing him into the core of a nuclear power plant.

Later, in a press conference, Superman declares only partial victory in his peace campaign, stating: "There will be peace when the people of the world want it so badly, that their governments will have no choice but to give it to them."

Superman also recaptures the fleeing Luthors. He places Lenny in Boys Town, telling the priest that Lenny has been under a bad influence and returns Lex to prison.

The film was shot in England and New York. 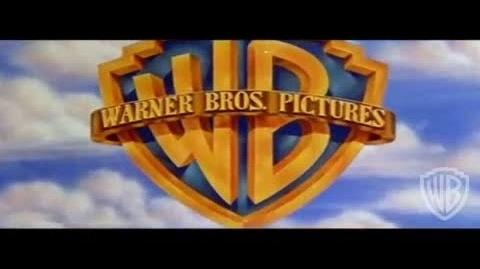