Superman vs. The Elite

Superman vs. The Elite is the ninth animated film in the Superman animated film series. It is based loosely on What's So Funny About Truth, Justice & the American Way?

The plot focuses on The Elite, a team of super-powered antiheroes fronted by Manchester Black, who gained worldwide popularity for viciously killing their foes. Despite the acclaim and approval that the Elite are enjoying, Superman knows that they are wrong, and tension mounts between the Man of Steel and The Elite until a televised showdown takes place on the Moon. 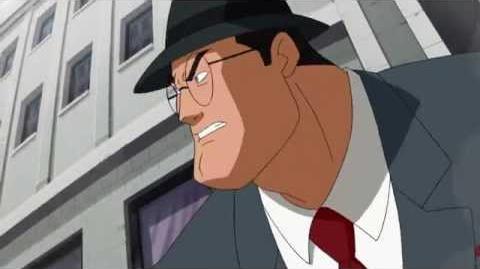 "Superman vs. The Elite" Trailer
Trailer