The Batman is a reboot film based on the character of the same name. It is set during Bruce Wayne's second year as the Caped Crusader.

Two years of stalking the streets as the Batman (Robert Pattinson), striking fear into the hearts of criminals, has led Bruce Wayne deep into the shadows of Gotham City. With only a few trusted allies — Alfred Pennyworth (Andy Serkis), Lt. James Gordon (Jeffrey Wright) — amongst the city's corrupt network of officials and high-profile figures, the lone vigilante has established himself as the sole embodiment of vengeance amongst his fellow citizens.

When a killer targets Gotham's elite with a series of sadistic machinations, a trail of cryptic clues sends the World's Greatest Detective on an investigation into the underworld, where he encounters such characters as Selina Kyle/aka Catwoman (Zoë Kravitz), Oswald Cobblepot/aka the Penguin (Colin Farrell), Carmine Falcone (John Turturro), and Edward Nashton/aka the Riddler (Paul Dano). As the evidence begins to lead closer to home and the scale of the perpetrator's plans becomes clear, Batman must forge new relationships, unmask the culprit, and bring justice to the abuse of power and corruption that has long plagued Gotham City.[1]

On Halloween, Gotham City mayor Don Mitchell Jr. is murdered by a serial killer calling himself the Riddler. Billionaire Bruce Wayne, who has operated for two years as the vigilante Batman, investigates alongside the Gotham City Police Department. Lieutenant James Gordon discovers that the Riddler left a message for the Batman, but Commissioner Pete Savage berates him for allowing a vigilante to enter the crime scene and forces the Batman to leave. The Riddler then kills Savage and leaves another message for the Batman.

The Batman and Gordon discover that the Riddler left a thumb drive in Mitchell's car; it contains images of Mitchell with a woman, Annika, at the Iceberg Lounge, a nightclub operated by mobster Carmine Falcone's lieutenant, the Penguin. Batman questions the Penguin, who pleads ignorance, but notices that Selina Kyle, Annika's roommate and girlfriend, works there as a waitress. He follows Selina to question Annika, but she disappears. Batman sends Selina back to the Iceberg Lounge to search for answers. Through Selina, Batman discovers that Savage was on Falcone's payroll, as is district attorney Gil Colson. Selina shuts off communication when Batman presses her about her relationship with Falcone.

Later, the Riddler abducts Colson, straps a timed collar bomb to his neck, and sends him to interrupt Mitchell's funeral. When Batman arrives at the scene, the Riddler calls him via Colson's phone and threatens to detonate the bomb if Colson cannot answer three riddles. Batman helps Colson answer the first two, but Colson refuses to answer the third, which is to name the informant who gave the GCPD information that led to a historic drug bust ending mobster Salvatore Maroni's operation and subsequently dies. Batman and Gordon then deduce that the informant may be the Penguin and track him to a drug deal. They discover that Maroni's operation never actually ended and many GCPD officers are involved. Selina inadvertently exposes them when she arrives to steal money. As the Penguin flees, Selina discovers Annika's corpse in a car trunk. Batman captures the Penguin after chasing him in the Batmobile, but learns that he was not the informant.

Batman and Gordon follow the Riddler's trail to the ruins of an orphanage operated by Bruce's parents Thomas Wayne and Martha Wayne. They learn that the Riddler was a resident at the orphanage and holds a grudge against the Wayne family. Bruce's butler and caretaker, Alfred Pennyworth, is hospitalized after opening a letter bomb addressed to Bruce. The Riddler then leaks evidence alleging that Thomas, who was running for mayor when he was murdered, hired Falcone to kill a journalist for threatening to reveal embarrassing details about Martha's history of mental illness. Bruce, who grew up believing his father was morally upstanding, confronts Alfred. Alfred confirms that Thomas asked Falcone to intimidate the journalist, but decided to turn Falcone over to the police after learning of the murder; he surmises that Falcone had Thomas and Martha killed to prevent this.

Selina tells Batman that Falcone is her neglectful father. She learns that Annika was killed because Mitchell told her that Falcone was the informant, and resolves to kill him. Batman and Gordon arrive at the Iceberg Lounge in time to stop her and arrest Falcone, but the Riddler shoots him from a nearby building. Unmasked as forensics accountant Edward Nashton, the Riddler is incarcerated in Arkham State Hospital. Nashton says he was envious of the sympathy Bruce received after his parents' murder while he was ignored, and wanted to partner with Batman and become a similarly masked vigilante. Batman angrily rejects Nashton. Searching his apartment, Batman discovers that Nashton has stationed car bombs around Gotham and cultivated an online following that plans to assassinate mayor-elect Bella Reál.

In the end, the bombs destroy the breakwaters around Gotham and flood the city. A shelter is set up in an indoor arena, where Nashton's followers shoot Reál but are stopped by Batman and Selina. In the aftermath, Selina deems Gotham beyond saving and leaves, while Nashton befriends another inmate. Batman continues to aid recovery efforts and vows to inspire hope in Gotham.

References to the broader DC Universe 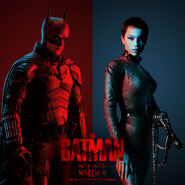 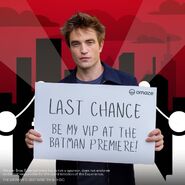 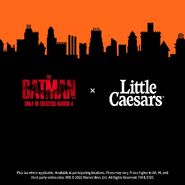 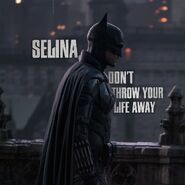 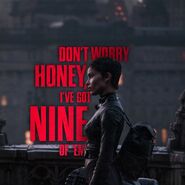 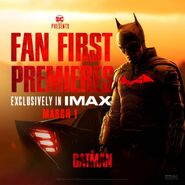 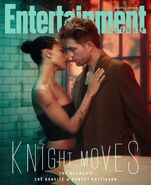 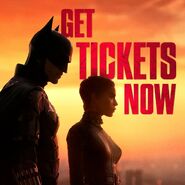 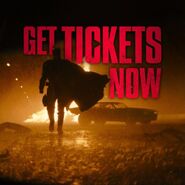 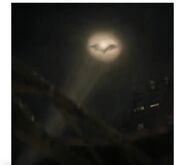 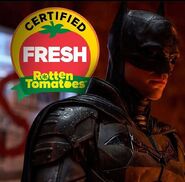 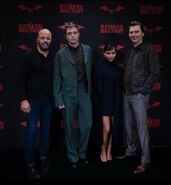 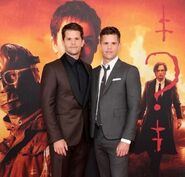 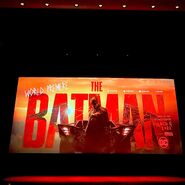 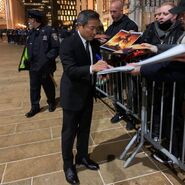 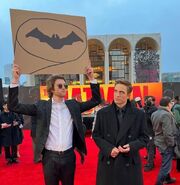 THE BATMAN - The Bat and The Cat Trailer

The Batman - Meet the Players- The Riddler -Shorts

Filmmaking Team - The Batman - Discover it in Dolby Cinema

The Sound and Music of The Batman - Sound + Image Lab