The Dark Knight Rises is the sequel to The Dark Knight and is the third and final film in Christopher Nolan's Batman film series. The film finds Bruce Wayne returning to fight crime one last time against a villain terrorist Bane. It was released on July 20, 2012.

Eight years after the events of The Dark Knight, Gotham City is in a state of peace. Under powers granted by the Dent Act, Commissioner Jim Gordon has nearly eradicated violent and organized crime. However, he still feels guilty about the cover-up of Harvey Dent's crimes. At a function celebrating Dent, he plans to admit to the conspiracy, but decides that the city is not ready to hear the truth. While following a lead in the abduction of a congressman from the function, Gordon's speech falls into the hands of terrorist leader Bane. Gordon is shot in the process, and he promotes patrol officer John Blake to detective, allowing Blake to report directly to him.

As Batman has disappeared from Gotham City, so too has Bruce Wayne, locking himself inside Wayne Manor. Wayne Enterprises is crumbling after he invested in a clean energy project designed to harness fusion power, but shut the project down after learning that the core could be modified to become a nuclear weapon. Both Gordon and Blake — who has deduced Batman's identity — implore Bruce to return as Batman, but Alfred Pennyworth resigns in a failed attempt to dissuade him.

Bane stages an attack on the stock exchange and uses a stolen set of Bruce's fingerprints to place a number of risky investments in his name, bankrupting Bruce and forcing him to relinquish control of Wayne Enterprises. Correctly suspecting that his business rival, John Daggett, has employed Bane to aid in an aggressive take-over of the company, Bruce entrusts businesswoman Miranda Tate to keep full control out of Daggett's hands.

Following a trail left by cat burglar Selina Kyle, Batman confronts Bane, who says that he assumed the leadership of the League of Shadows following the death of Ra's al Ghul. Bane kills Daggett and reveals that he was using Daggett's construction firms to stage a heist on Wayne Enterprises' Applied Science Division. He steals Bruce's arsenal before crippling Batman and detaining him in a prison from which escape is virtually impossible. The other inmates relate the story of the only person to ever successfully escape from the prison, a child driven by necessity and the sheer force of will, said to be the child of Ra's al Ghul.

Bane lures the vast majority of Gotham's police force underground and sets off a chain of explosions across the city, trapping the officers and turning Gotham City into an isolated city-state. Any attempt to leave the city will result in the detonation of the Wayne Enterprises fusion core, which has been converted into a bomb. Addressing the citizens, Bane reveals the cover-up of Dent's death, and releases the prisoners locked up under the Dent Act. The rich and powerful are dragged from their homes and put before a show trial presided over by Jonathan Crane. After an attempt to sneak Special Forces soldiers into the city fails, the government blockades Gotham and the city further regresses into a state of anarchy.

Meanwhile, Bruce retrains himself to be Batman and successfully escapes Bane's prison to return to Gotham. He enlists Selina, Blake, Miranda, Gordon and Lucius Fox to help liberate the city and stop the fusion bomb before it grows too unstable and explodes. Batman confronts and subdues Bane, but is betrayed by Miranda as she reveals herself to be Talia al Ghul. It was she who escaped the prison as a child, and plans to complete her father's work (by destroying Gotham) and exact personal vengeance against Bruce for his death. Gordon successfully cuts off the bomb's ability to be remotely detonated while Selina kills Bane, allowing Batman to chase Talia. He tries to force her to take the bomb to the fusion chamber where it can be stabilized, but she remotely floods the chamber. Batman shoots her truck off the road and Talia dies in the resulting crash, confident that the bomb cannot be stopped. Using The Bat developed by Fox, Batman hauls the bomb beyond the city limits, where it detonates over the ocean.

In the aftermath of the explosion, Batman is praised as a sacrificial hero and Bruce is believed dead as a casualty of the riot. As Bruce's estate is divided up, Alfred witnesses Bruce and Selina together alive in a cafe in Italy, while Blake, whose full name is revealed to be Robin John Blake, inherits the Batcave.

References to the broader Nolanverse

The film was shot in Bucharest, Romania, India, Pennsylvania and parts of England and California.

Logo from the Logo Expo.

The first official image of Bane.

The first official image of Catwoman. 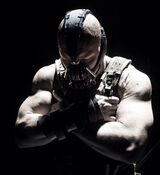 On the cover of Entertainment Weekly. 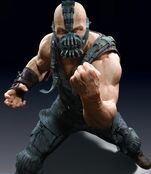 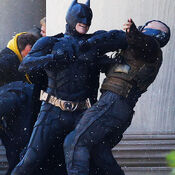 Christian Bale on set as Batman.

Marion Cotillard jumps out of the tumbler.

Marion Cotillard and other cast members.

Tom Hardy on set as Bane 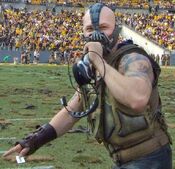 Anne Hathaway on set as Catwoman.

Anne Hathaway on set as Catwoman. 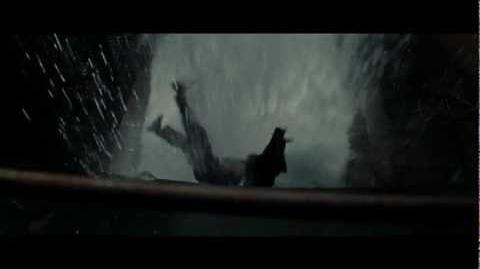 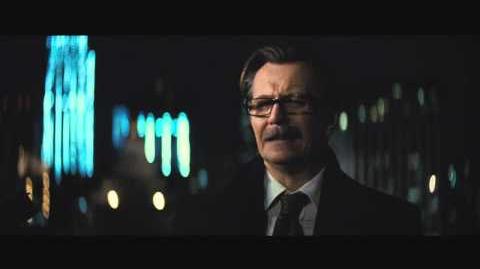 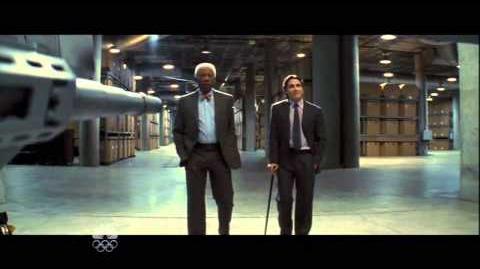 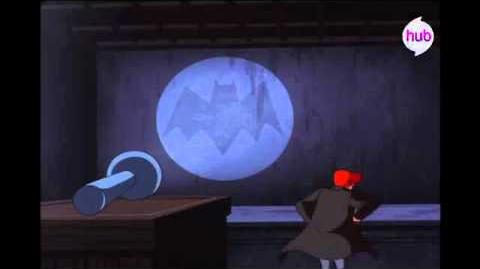