The Flash is an upcoming movie and the film is the fourteenth film in the DC Extended Universe about Barry Allen in an alternative reality after traveling back in time to save his mother and must deal with the consequences.

In December 2004, David S. Goyer was attached to write and direct a superhero film based on the The Flash with Charles Roven producing.[1] Goyer expressed interest in having actor Ian Somerhalder portray Wally West,[2] with Ian expressing his own interest in the role.[3] In June 2005, Goyer was still developing the first script draft for The Flash and had yet to finalize negotiations with Somerhalder.[4] In February 2007, Goyer departed from the project, citing creative differences with the studio.[5] Goyer's script was considered dark-themed,[6] including both Barry Allen and Wally West as The Flash and drawing on seminal comic book runs by Mike Baron, Mark Waid, and Geoff Johns.[7]

Later in February 2007, director Shawn Levy was announced to be attached to The Flash and to oversee the writing of the new draft, which would use elements of Goyer's script.[6] Ian Somerhalder expressed interest in the role of The Flash once more if the new script's incarnation was Wally West.[8]

In October 2007, director David Dobkin said that he was signed on to direct The Flash, replacing Shawn Levy. Dobkin said that the film would work as a spin-off from the upcoming Justice League of America film. He said that the incarnation of the Flash would be Wally West.[9] In the February 2008 issue of Wizard the Flash was placed for a 2008 release date.[10] However both films were panned due to the 2007–2008 Writers Guild of America strike.

In February of 2009 screenwriter Dan Mazeau was hired to write a script[1] In July of that same year it was reported that In the wake of the worldwide success of The Dark Knight, DC and Warner Bros. forged a closer working relationship for future projects. Now, in an attempt to homogenize their approach. Warners are overseeing a "reorganization" of the development slate. Warners executives still run the creative side, but DC "now has more input, making it an actual participant in the shaping of material." That included the studio's "quietly" hiring three of DC's name writers this past fall -- Geoff Johns, Grant Morrison and Marv Wolfman -- to act as "consultants and writers for its superhero line of movies. The move involved taking back the reins on projects being handled by such producers as Charles Roven (The Flash) and Akiva Goldsman (Teen Titans)." Johns wrote a new treatment for The Flash, the script of which is being written by Dan Mazeau. Johns will also serve as a producer on the film, which does not currently have a director.[2]

In September of 2009 Warner Bros. Entertainment Inc. has launched a new division, DC Entertainment Inc., in order to better expand the DC Brand.[3] In October of 2009 Charles Roven was asked of the future of the Flash. In the interview, Roven explains that he was involved but that he was removed from the project because The Flash wasn't speeding in the direction Warner Brothers had in mind. Leaving the possible film in uncertainty.[4] The day after Dan Mazeau responded to the article by saying “Just to chime in on your latest article: The Flash has not been hobbled. Everything is moving forward as planned… I’m still writing the script. Geoff Johns is still consulting. Flash fans have no cause for concern, and — IMO — lots to be excited about.[5]” In February of 2010 it was reported that Warners is expected to announce its DC slate in the coming months populated by characters like The Flash and Wonder Woman."[6]

In late February of 2010 IESB.com reported that they had learned exclusively that WB's leading contender to helm "The Flash" is Greg Berlanti.[7] Warner Bros. chairman and CEO Barry Meyer says they are getting close to giving the go-ahead for a movie about the Scarlet Speedster, DC Comics superhero "Flash."[8]

On June 9, 2010, Green Lantern writers Greg Berlanti, Michael Green and Marc Guggenheim were hired to pen a treatment of the film.”The Flash script will apparently be based off of the recent run by DC's Chief Creative Officer Geoff Johns, and will feature Barry Allen as the first film incarnation of the Scarlett Speedster. 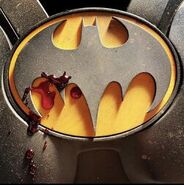 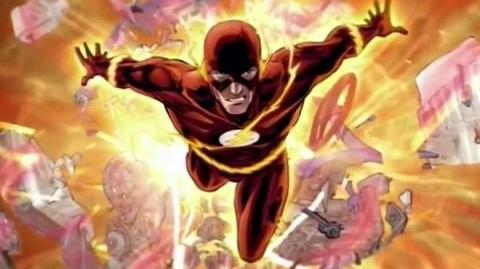