The Suicide Squad is the tenth film in the DC Extended Universe and the sequel to the first Suicide Squad film that has the team in Corto Maltese battling an alien from a another planet.

Task Force X, a squad of inmates from Belle Reve penitentiary, are sent to the South American island nation of Corto Maltese after the government is overthrown by an anti-American regime. Under orders from intelligence officer Amanda Waller, the squad is tasked with destroying Jötunheim, a Nazi-era laboratory that holds a secretive experiment known as "Project Starfish". A team led by Waller's subordinate Colonel Rick Flag is almost entirely wiped out by the Corto Maltese military upon landing, but this allows a second team comprising Bloodsport, Peacemaker, Nanaue, Polka-Dot Man, and Ratcatcher 2 to enter the country undetected. After finding Flag at a base camp for rebel soldiers, the squad convinces rebellion leader Sol Soria to assist them. Meanwhile, Harley Quinn from the first team is taken prisoner by the Corto Maltese government, who are plotting to use Project Starfish against other nations.

The squad accomplishes their next objective of capturing The Thinker, a metahuman scientist in charge of Project Starfish, while also joined by Harley when she escapes the Corto Maltese government. Breaking into Jötunheim, most of the squad rigs the facility with explosives as Flag and Ratcatcher 2 enter the underground laboratory. Accompanied by the Thinker, they discover Project Starfish to be Starro the Conqueror, a powerful extraterrestrial capable of controlling its victims' minds. The Thinker reveals that Starro was brought to Earth by the American government, who have been secretly funding the experiments on Corto Maltese for decades. Peacemaker, under secret orders to cover up the U.S.'s involvement, kills Flag after he refuses to surrender a hard drive containing evidence of this revelation, but Ratcatcher 2 manages to obtain the drive. Meanwhile, a skirmish between the squad and the Corto Maltese military leads to Polka-Dot Man accidentally setting off the explosives prematurely. During the ensuing chaos, Bloodsport saves Ratcatcher 2 by shooting Peacemaker, while Starro escapes the laboratory, killing The Thinker and the Corto Maltese military.

As Starro begins to enslave the island's population, Waller informs the squad that their mission is over. However, Bloodsport leads his teammates in battling Starro, while Waller's subordinates subdue her to prevent her from executing the squad. Polka-Dot Man is killed, but the squad weakens Starro enough for Ratcatcher 2 to summon the city's rats against the extraterrestrial, which chew Starro to death from its insides. The squad's battle, having drawn the Corto Maltese military away from the capitol, also allows Soria to take control of the government, which she pledges to reform. Using the drive as leverage, Bloodsport forces Waller to release him and his surviving teammates in exchange for keeping its contents confidential, allowing them to be airlifted out of Corto Maltese.

Post-credits scenes reveal that Weasel from the first team is still alive in Corto Maltese, while Peacemaker is also still alive under government care.

The film was shot in Atlanta, Georgia and Panama. 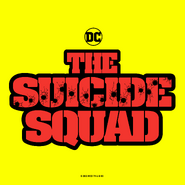 THE SUICIDE SQUAD - In On The Action Featurette

THE SUICIDE SQUAD - It's A Suicide Mission Featurette

Peacemaker Takes Us Behind the Scenes of Suicide Squad - DC

The Suicide Squad - What’s Not To Love About Peacemaker? - Warner Bros. Entertainment