Young Justice: Independance Day is the television movie that serves as the series premiere of Young Justice.

Robin, Aqualad, and Kid Flash are ready to join the Justice League as full members. However, they soon discover that they're to be treated as "junior members", and strike out on their own to investigate a mysterious fire at Cadmus Laboratories. The trio soon realizes that Cadmus conceals a major conspiracy, and one of its goals is to create a clone of Superman for their own ends.

Kid Flash, Robin, and Aqualad are captured by the Cadmus genomorph forces, which prepare to clone them and then dispose of the originals. Their only hope is the Superman clone, "Superboy," which must choose freedom or subservience to those who created him. 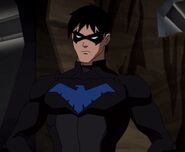 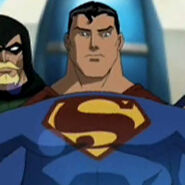 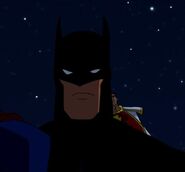 Happy Harbor
Add a photo to this gallery

Retrieved from "https://dcmovies.fandom.com/wiki/Young_Justice:_Independence_Day?oldid=123136"
Community content is available under CC-BY-SA unless otherwise noted.